A visit to a hidden gem in Clay Cross 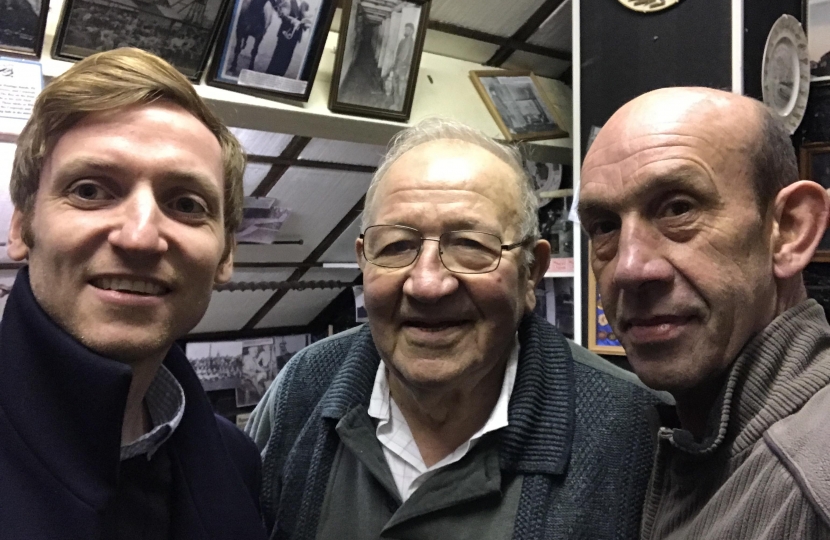 Lee Rowley MP recently paid a visit to one of Clay Cross’s hidden treasures, the UK Horsehoeing Museum run by Douglas Bradbury and his family.

The museum, which is situated just off Thanet Street in the old buildings where Mr Bradbury worked as a farrier, is a treasure trove of local and industry artefacts which have been collected over many decades.  Recently, Mr Bradbury was awarded the MBE for his work as a farrier and Lee went along to congratulate him and look at his collection.

“The Horseshoeing Museum is a fascinating trove of history,” said Lee.  “It has so much about horse-shoeing, including horsehoes dating back over a thousand years – but, more than that, it has lots of local history from Clay Cross about mining, the war and recent decades.  If you can, I would definitely go!”

Lee Rowley MP will be hosting a video call for local residents on Monday 14th September at 5PM where residents can find out more about the possibility of Whittington station being re-opened for passengers. If you would like to join, please email lee.ro