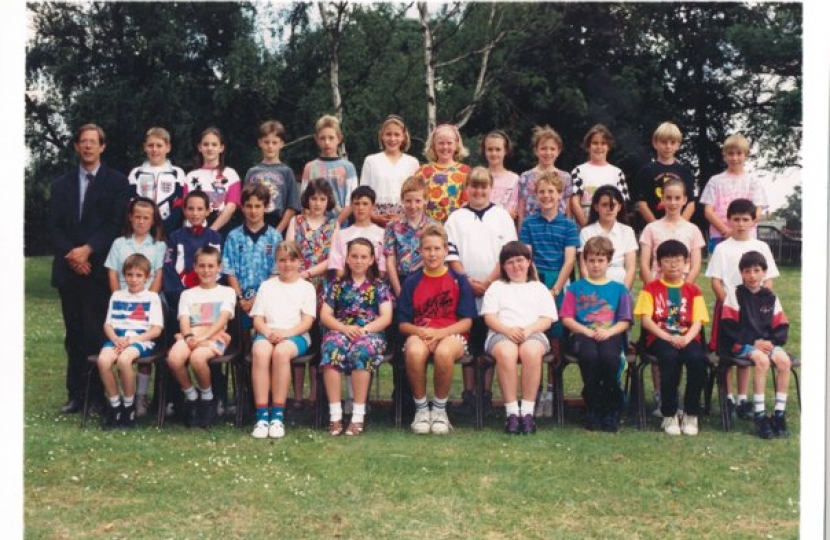 Local-born Lee Rowley was elected as North East Derbyshire's Member of Parliament on 8th June 2017 and returned for a second term on 12th December 2019.

Born in the old Scarsdale Hospital in 1980, Lee was born and brought up in North Derbyshire.  His family home has been near the park in Hasland for the past 40 years and he is a past pupil of St. Peter and Paul's, Hasland Infants, Hasland Juniors and St. Mary's High School, where he was head boy in 1999.  Lee is a past member of Hasland cubs and swam for the town for over 10 years as a member of Chesterfield Swimming Club, training at Queen's Park, Middlecroft and Brookfield pools.

Lee spent 20 years in the family business, helping his mum and dad six days a week deliver milk to houses and businesses in Hasland, Grassmoor and Chesterfield.  He could usually be found, before school, working along with his brother to deliver around the Market Hall before catching the bus to go to school in Newbold.

Lee comes from a mining family with a long history in our area.  Both of his grandfathers were miners at pits in the area, including Westhorpe and Shirebrook, and his great aunt used to run the post office in Renishaw.

Strongly believing that MPs need to understand the world of business, prior to his election Lee spent fifteen years working across the energy, education and financial sectors.  Just before his election he had recently moved jobs and worked as a Senior Manager for an insurance company, commuting to Manchester and back from Chesterfield train station.

Over the last decade, Lee has been involved in many campaigns across North East Derbyshire including fighting to stop the fracking proposals in Bramleymoor Lane, holding the previous District Council to account for their failure to put in place a plan to protect our area from bad housebuilding, winning regeneration and improvement funds from the Government for Clay Cross and Staveley, and supporting residents in making their towns and villages better.  Lee also regularly speaks in local schools on how important politics is and the importance of voting.

Lee also has extensive experience of government and the public sector.  He was previously a Councillor for eight years, including four as a Cabinet Member with responsibility for budgets up to £80 million and has also previous written for a leading think tanks on welfare and housing.

As an MP, Lee served on the Public Accounts Committee for a year and a half between 2018 and 2019 holding Government and the Civil Service to account on value for money.  He helped to lead investigations into the Disclosure and Barring Service, Crossrail and the Emergency Services Network.

In July 2019, Lee was appointed as one of the two Parliamentary Private Secretaries to the Treasury before becoming Deputy Chairman of the Conservative Party in February 2020.  In September 2021, Lee was appointed the Minister for Industry in the Department for Business, Enterprise & Industrial Strategy.

Lee has also served as a member of a number of All Party Parliamentary Groups and is a past chairman of the APPGs on the Impact of Shale Gas, Alternative Lending and Challenger Banks & Building Societies.

The commitment to North East Derbyshire

Since 2017, Lee has made it a priority to get out and about around North East Derbyshire as much as he is able.  If you would like Lee to come to your local group, or would like to meet at one of his regular surgeries or open meetings, please just drop us a line at lee.rowley.mp@parliament.uk.