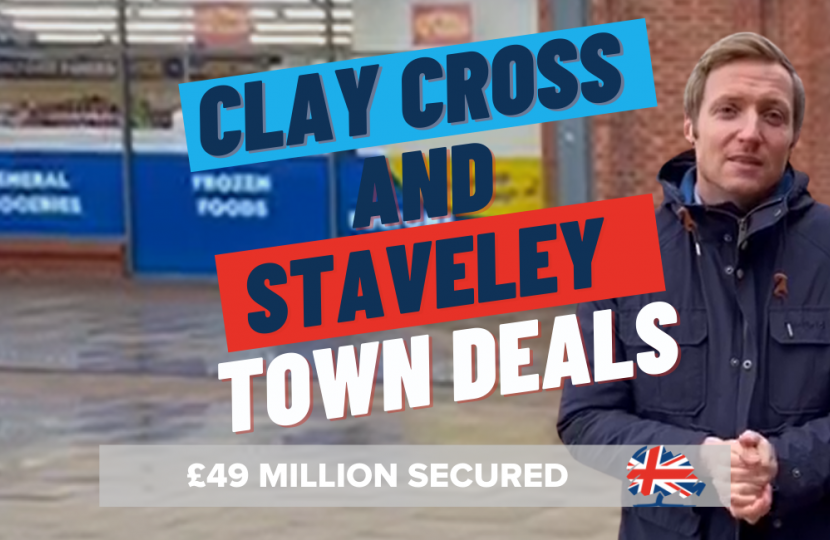 £49 million has been announced in today's Budget for North East Derbyshire.

This funding is coming via the Town Deal programme and will be spent over the coming years on new projects across both Clay Cross and Staveley, in conjunction with local residents.

"I’m so hugely excited that we have been able to convince the Government to prioritise North East Derbyshire – and we are one of only a handful of areas that have secured not just one but two towns deals so far – so we have done really well!  When I first became your MP in 2017, I said that I would focus on winning our fair share of funding so I’m hugely glad to see this breakthrough.  This is only possible because we’ve demonstrated over the last four years that we are ambitious and we want to work with Government – and it’s now paid off!"

Working alongside both Town Boards, the local Councils and other community leaders, Lee will work hard to build on this fantastic news for the residents of North East Derbyshire.

Sign up to Lee's newsletter if you would like regular updates on the progress of these Town Deals for Clay Cross and Staveley, and to find out how you can get involved in these decisions.

What should the new Government focus on?

Please complete the survey below to share your thoughts on what Rishi should prioritise in his first days in office: