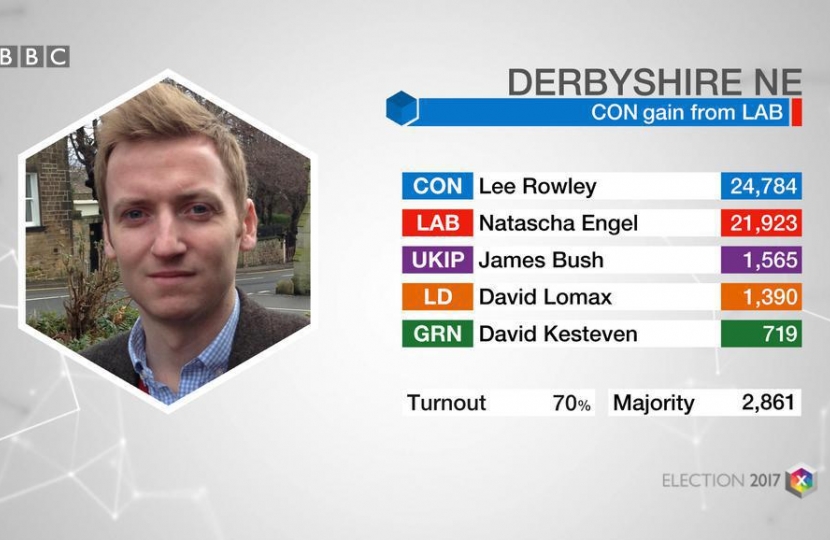 Lee Rowley has been elected as the Member of Parliament for North East Derbyshire after an election night count where the Conservatives triumphed in our area for the first time in over 80 years.

After all the votes were counted, Lee received 24,784 votes compared to Labour's 21,923.  The smaller parties accounted for just short of 4,000 votes between them.

Commenting on his win, Lee said: "I want to say a huge thank you to all residents in North East Derbyshire for electing me as their Member of Parliament today.  It is an honour and privilege to serve as your MP and, irrespective of how you voted in the General Election, I will work hard on behalf of everyone.  I am looking forward to getting to work!"