Chesterfield says "no" to merging with Sheffield! | Lee Rowley Skip to main content

Chesterfield says "no" to merging with Sheffield! 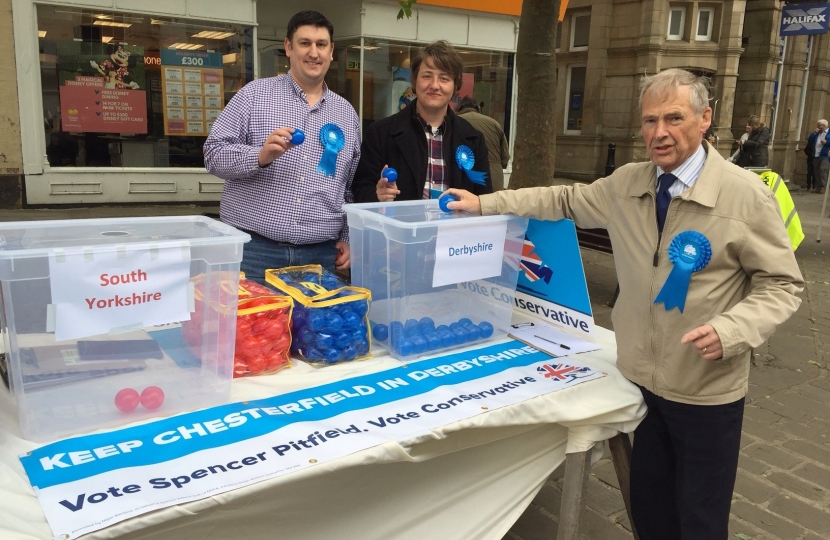 Local Conservatives organised a stall in Chesterfield market last Saturday to highlight their opposition to plans for a Sheffield City Mayor and to collect signatures for their petition against the plans.

Just a week after the Conservatives gained a County seat in Chesterfield for the first time in twenty years in part as a result of these contentious plans, local residents again showed their support for keeping Chesterfield in Derbyshire through the signing the petition throughout the day.

Local Conservative parliamentary candidate, Lee Rowley, joined Chesterfield Conservatives early in the day to show support for their campaign before going off on the campaign trail elsewhere in North Derbyshire.

"Many residents have raised their concerns about the Sheffield City Region proposals," said Lee.  "They are clear - they don't want Sheffield taking control over part of Derbyshire.  If elected on 8th June, I will fight any future proposals for a Sheffield City Mayor covering North East Derbyshire - it's not wanted, it's not necessary and it's not logical."