Marsh Lane fracking - we stopped it! 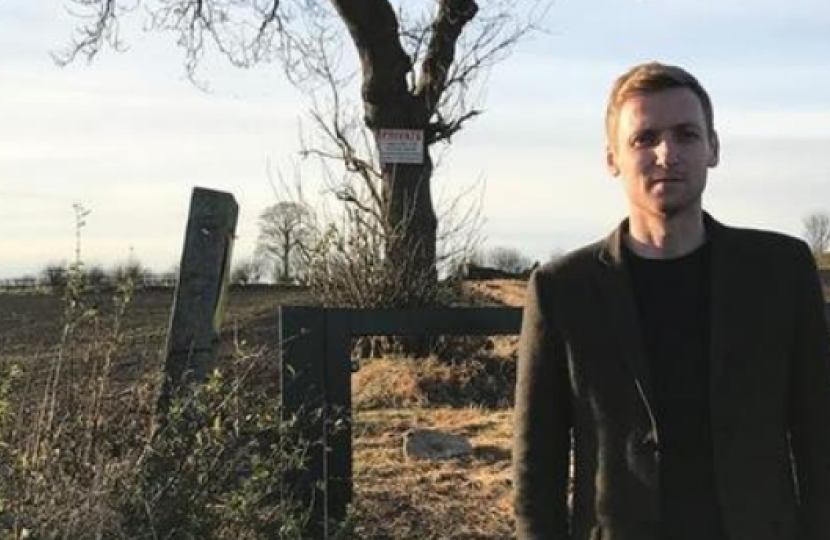 After a long three year campaign by residents, on 2nd November 2019, the Government announced a moratorium on fracking in the United Kingdom.  This came after many years of hard work and campaigning from residents and groups across North East Derbyshire, joining many similar across the country, who were concerned about the impact of fracking on local communities - thank you to everyone who was so active in the campaign.

And in Parliament, as your MP between 2017 and 2019, I led a campaign to try to change the Government's view on fracking.  Along with other colleagues from across parties, we held debates, asked questions, proposed legislation, opposed bad legislation, set up All Party Parliamentary Groups and supported new inquiries into fracking, its regulations and the implications if was to be adopted at scale in the UK.

It all started when an application for exploratory drilling was submitted for Bramleymoor Lane near Marsh Lane in 2017.  The activities would, if they had gone ahead, taken place on agricultural land and would have seen the erection of a 60m rig drilling to around 2,400m into the ground.

The Government provided a written ministerial statement on 4th November 2019 which outlined the changed position on fracking.  This includes a "presumption against issuing any further Hydraulic Fracturing Consents".  The detailed statement can be found here: https://www.theyworkforyou.com/wms/?id=2019-11-04.HCWS68.h&s=climate+NE….

As your MP re-elected in 2019, I continue to oppose fracking in North East Derbyshire and don't think it will work across the UK.  I support the retention of the moratorium.

** Update 2: Derbyshire County Council are currently considering a new Minerals Plan and have recently consulted on its contents.  Whilst fracking is (thankfully) not permitted in England due to the moratorium at the current time, it is important that any locally adopted Minerals Plan contains strong protections against fracking still to give us piece of mind.  Find my response to the consultation below..

** Update 3: In Summer 2022, the national debate on fracking returned once again.  Whilst my preference was that the moratorium remained, I accepted that the global spike in gas prices meant that there would be renewed calls to look again at fracking - from MPs and some in the trade union movement.  For a period in Sept / Oct 2022, it looked like the moratorium would be lifted and, whilst I had preferred it would be retained, I was working extensively in Westminster to ensure an absolute "local consent lock" would be in place - meaning that, if an application for fracking was ever to come again in North East Derbyshire, we would have the meaningful ability to say "no".  In October 2022, after a chaotic few days in Westminster, the new Prime Minister, Rishi Sunak, reconfirmed that the fracking moratorium would return.  We welcome this news.

To find out more about the twists and turns of what happened on fracking in 2022, read some of my Facebook posts from the time:

16 August 2022: a summary of "where we are" on fracking: https://www.facebook.com/lee4ned/posts/pfbid0JynAubzSqarCbMfK6vNYSM4yZ6…

28 September 2022: what the removal of the moratorium immediately meant: https://www.facebook.com/lee4ned/posts/pfbid0MqETreR1KQp642AWtaxq7XFbpZ…

20 October 2022: a longer explanation about the recent vote on fracking in Parliament: https://www.facebook.com/lee4ned/posts/pfbid02bjK2sKDNBhpdr21GmtzD7FoT2…

26 October 2022: the return of the moratorium: https://www.facebook.com/lee4ned/posts/pfbid02h5o6kGHXhVK4nWHeZXsen2UyQ…

31 October 2022: more details on the return of the moratorium: https://www.facebook.com/lee4ned/posts/pfbid02pmGFCwrEWwMjdDYLvqBF2NaFN…

[And here is some earlier information highlighting the work that was done between 2017 and 2019:

Westminster Hall Debate on Marsh Lane: In November 2017, I held a debate in Parliament on this application to highlight why I thought Bramleymoor Lane was a completely inappropriate place to frack.  You can watch the debate here: www.parliamentlive.tv/…/7a1d4fd7-c9f3-4f48-b7c0-0e4a9e25d1ce (scroll to 1600).

Proposals to loosening the planning rules around fracking: In mid 2018, the Government came forward with proposals to loosen the planning rules around fracking in order to speed up the process.  The Government has proposed two changes; firstly that exploratory drilling can be undertaken via the existing Permitted Development process which makes decisions based on a quicker process than a normal planning application.  Secondly, the Government has proposed that planning applications for full scale fracking are determined via the national infrastructure regime rather than through local planning authorities (in our case Derbyshire County Council).

I completely oppose these changes and am lobbying Government to not take them forward, along with a number of other colleagues.

In September 2018, I held a debate in Parliament on the proposals by the Government (which I oppose) to allow fracking to be approved by the permitted development and "Nationally Significant Infrastructure Programme" routes.  These would effectively take local people out of the planning process for fracking.  You can watch the debate here:  https://parliamentlive.tv/event/index/20e6bdbf-d3c3-4861-a54e-fd4e2fa10212?in=11:00:20.  I also spoke in a subsequent debate held by one of my colleagues, Mark Menzies Conservative MP for Flyde, where I made similar points.  You can watch the debate here: https://parliamentlive.tv/event/index/4042d81b-9ca3-4c0e-b485-6b9aa3bfd…S16:57:50&out=17:00:00.

I have also attached the responses I submitted to the recent consultations on these plans.  In November 2019, the Government confirmed it would not go ahead with any of these proposals.

Seismic / earthquake rules around fracking: In March 2019, I introduced a 10-minute rule bill into the House of Commons which would preclude any changes to the rules around earthquakes and seismic events when fracking.  The fracking industry, having previously signed up to certain limits on earthquakes and seismic events, have spent much of 2019 trying to get the limits lifted and made less restrictive.  I strongly oppose such proposals; the fracking companies should stick to their original promises.  You can see more here: https://parliamentlive.tv/event/index/c548efd1-b788-4b5f-86b2-28cf1ad19….