Getting planning back on track in North East Derbyshire 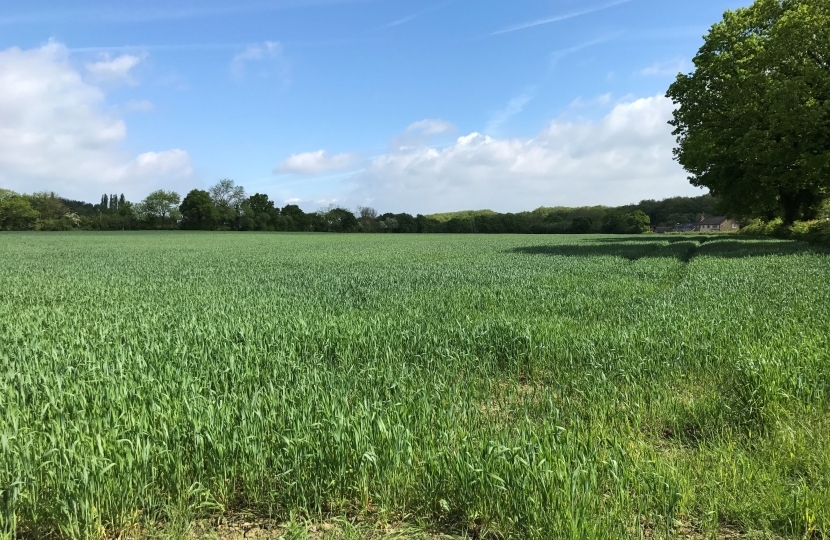 For more than a decade before 2019, North East Derbyshire District suffered from poor decisions, poor strategy and poor leadership on planning matters.  Back when I was first elected, the old Labour Council had got us into such a mess on planning with:

The old Council was so bad that, a few months after I was elected, they received a letter from the Government saying that they were not doing their job on planning properly - one of just a handful of Councils in the entire country to receive one.

As a result, the period between 2017 and 2021 saw the perfect storm of issues in North East Derbyshire - speculative development which had gone on for far too long from developers building too many houses and often in the wrong places - and a draft framework which needed significant work. North East Derbyshire residents had become tired and cynical about a planning system that had gotten out of control and a District Council that didn't seem to know how to solve it.

I campaigned in 2017 against bad planning decisions and to try to sort out the mess which the Council had gotten us all into.  And I know it wouldn't be easy - irrespective of who is in charge, planning can often be challenging and all Councils have a difficult job to get the balance right.  The building of new houses can be controversial and there are difficulties in selecting locations which residents can support.  Worse still, turning round failing planning policies take time - the seeds of the problems from 2015 onwards were sown over the course of a decade and the truth is that it is going to take many years to fully resolve it - and we won't win all the battles along the way.

In early 2019, along with resident groups and campaigners, we had some success when we managed to convince the Planning Inspector to change an earlier version of the draft local Plan and tone down some of the old District Council's outlandish Green Belt proposals.  That saw multiple sites being removed from the framework and protected land in Coal Aston, Eckington and some of Dronfield.  This was a very positive step forward and testament to the power of local residents, campaigners and Councillors.

In May 2019, the residents of North East Derbyshire replaced the old failing District Council with a new team who was dedicated to trying to improve the planning problems for the long-term.  Over the last three years, working with your new Councillors, we have taken steps to improve the plan and find ways to make it better:

Planning is always a difficult and challenging situation - and one where there is often no easy answers.  Yet, along with your local Councillors, we are clear that the answer wasn't what the previous Labour leadership did - to put their heads in the sand, to not consult residents properly and to leave a legacy which was a perfect storm of problems affecting all parts of the District.  When the new Council took over in 2019, it said that it would be a long road back on planning, that there would be challenges and problems along the way, that applications already approved couldn't be reversed and that it was likely we would lose some further battles along the way because of the weak situation we found ourselves in.  Nonetheless, we committed to getting going - and, over the last three years, we have made real progress.  It will still take a number of years to fully get there but, finally, we are well on the way to improving the situation for good.

The North East Derbyshire Local Plan has improved since its initial draft back in 2017 but it still had four Green Belt sites in it which we wanted to get out and spent much of the period between 2019 and 2021 trying to convince the independent Planning Inspector to do that.  Despite multiple attempts, the Inspector decided not to take the additional sites out - something we very much regret.  Whilst the Inspector hasn't given precise reasons why, it is probable that the reason was that the sites were in the initial draft of the Plan and it is unconventional and unusual to remove sites at this late stage - again showing that decisions taken many years earlier have the potential to cause problems long after.

In July 2021, I appealed the decision to the Department for Communities to ask them to consider amending the Plan prior to adoption.  We always said this was a last ditch, and rather unlikely, option that would come through (as the Department only usually intervenes for broad policy reasons) but we wanted to try.  Unfortunately, in early November, the Department confirmed it would not be intervening.

In late November, North East Derbyshire District Councillors were asked to decide whether to adopt.  It was a difficult decision for many and, after a long, multi-year debate, the Plan was adopted at Council on 29th November 2021.  After so many years, North East Derbyshire now has a framework to say where houses should and shouldn't go - which is a step forward.  The new Council, unlike the old one, is finally taking the responsible, if hard, decisions to get planning on a better footing after so many years of failure.  Of course, it remains the case that there are issues with the Plan - and, at the point when planning applications come forward on Green Belt (or restart again), I will join with local residents to fight them.

Separately to our ongoing local issues, the Government has also run a number of consultations on broader changes to the national planning system.  Whilst no system will ever be perfect, I have responded to these consultations on behalf of North East Derbyshire to highlight some of the lessons we have learnt and to stand up for our area in those consultations.  I was pleased to see that the Government announced that it would not go ahead with technical changes to a methodology which calculates housing need which would likely have adversely affected our area.  You can read the response I sent in at the time below.