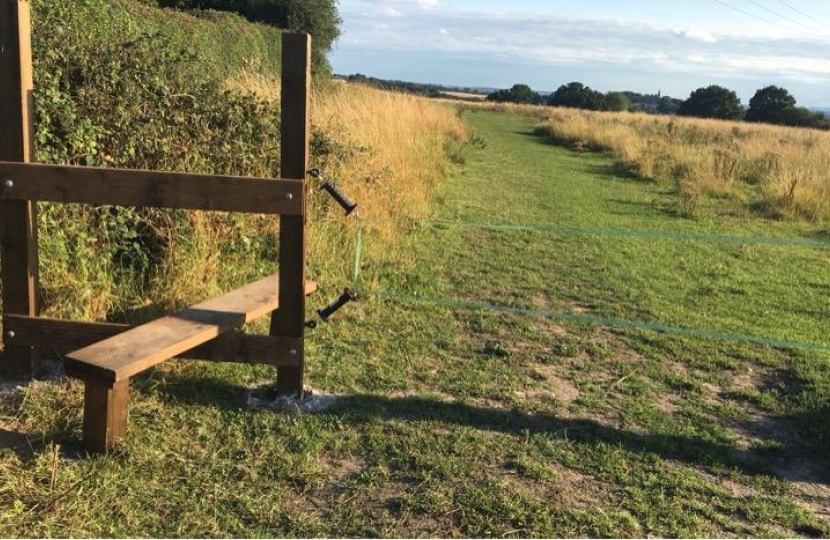 As your MP since 2017, I have stood up against inappropriate planning applications across North East Derbyshire - and will continue to do so until planning is in a better place in our District.

Planning is a difficult and challenging area of policy at the best of times and I accept that we need new houses in our District to ensure people can get on the ladder, build up capital and provide for their families.  Yet, housing has to be built in the right place and at the right numbers.  Every year, we are making progress cleaning up the mess left by the old Labour District Council on this and, just as importantly, to fight off any speculative applications in the future - but it will still take time to right the ship fully.  What is very good news, though, is that the pipeline of unwanted and large applications has significantly reduced in recent years.  Back in 2017 / 2018, we were fighting off half a dozen applications or potential applications at once - as a result of the difficult but necessary decisions that the new District Council made on their local plan, this has now reduced to a trickle and, again, allows further progress to be made locally.

Planning applications can come at any time and developers can, should they wish to spend their money in doing so, make a case for housebuilding anywhere.  That doesn't mean they will be successful and when houses are proposed in inappropriate places, I will support local residents in their campaigns against them.  I can't, and won't be able to, get involved in every application and it is important to note that I don't have the ultimate say on planning - that is for local Councillors to do through the planning system (something they must also do without recourse to their political allegiances).

I'll use this page to highlight any major campaigns which are underway at any one time and to give residents more information about what they can do should they wish to comment / object:

DECEMBER 2021: 18/01003/OL 397 DWELLINGS AT WESTTHORPE, KILLAMARSH - AWAITING TO SEE WHETHER AN APPEAL WILL BE SUBMITTED

The long-standing Westthorpe planning application, first submitted in 2018, was rejected by North East Derbyshire's planning committee earlier this year - something that I, and many residents in Killamarsh, have welcomed.  The proposal was an outline application for up to 397 houses on the old Westthorpe colliery.  This location was one of the four Green Belt sites which we fought extensively to have taken out of the Local Plan but which we were unable to convince the Planning Inspector to remove - despite extensive attempts to do so.

After a refusal is made by a planning committee, applicants have a number of months where they can appeal the decision.  We are waiting to see whether the applicant does this or not; if they do, we will re-start the campaign against the application.

In July 2021, William Davis Homes submitted an outline application for 500 homes adjacent to the existing Skylarks development in Dunston.  Whilst outside of the North East Derbyshire constituency, the application touches the border of our area and would likely have implications for residents in Cutthorpe, Barlow and Upper Newbold.

The application is an outline one meaning that the principle (rather than the detail) is being decided at this stage.  If this application is successful, a further one will be submitted including this detail.

If you wish to comment on this application, you should go to https://publicaccess.chesterfield.gov.uk/online-applications/ and search with the code "CHE/21/00549/OUT".

December 2021 - success!  The long-standing application for up to 300 homes off Coupe Lane, Old Tupton was withdrawn in December 2021 after a four year battle.  Thank you to all residents who got involved in this long fight!

Westthorpe Planning Application – Have your say!

The Westthorpe planning application for up to 397 houses has restarted and residents can make sure their comments are heard before a decision is made by the Council’s Planning Committee.