Plans to cut speed limit on M1 to 60mph 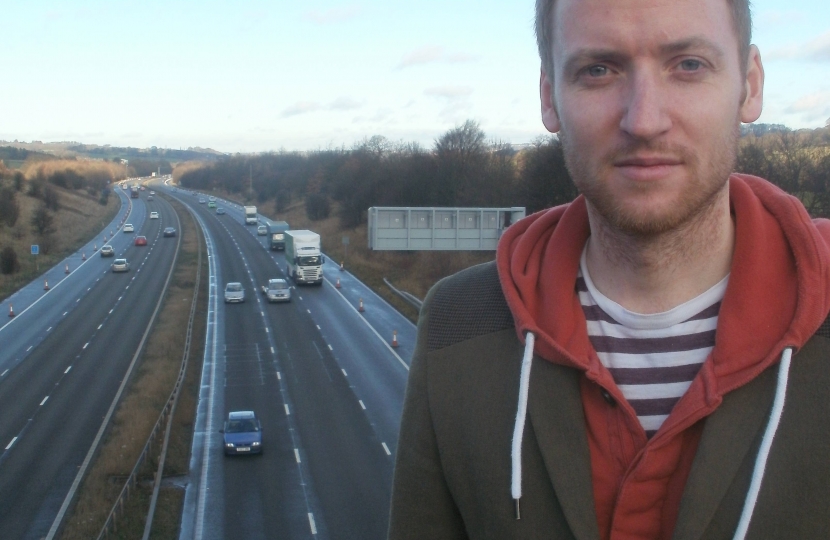 North East Derbyshire Conservative Parliamentary candidate Lee Rowley has strongly criticised plans by the Highways Agency to reduce the speed limit on the Derbyshire M1 from 70mph to 60mph.

As part of a consultation which opens today, the Highways Agency is proposing to reduce speed on the M1 from junction 28 at South Normanton all the way up to junction 35a, north of Rotherham because of the need to cut vehicle emissions to meet European Union targets.  As part of the proposal, all cars would have their speed limited to a maximum of 60 mph between 7am and 7pm every day, irrespective of road conditions or traffic flow.

"This is a bizarre idea based on an utterly ridiculous explanation", said Lee.  "The Highways Agency seems to be trying to use the M1 in Derbyshire as part of some experiment to see if it can start reducing speeds across the country.  Well I've got one thing to say to Agency bureaucrats; take a hike."

"This is a blanket change affecting everyone who will use the motorway for the busiest time of the day, irrespective of road conditions or traffic flow.  The HIghways Agency needs to think again - I am certain local residents will think this is a foolish idea and needs to be stopped."

Lee is encouraging all local residents to respond to the Highways Agency consultation.  More details on how to respond can be found here: https://www.gov.uk/government/uploads/system/uploads/attachment_data/file/267632/M1_J28_to_J35a_MSL_Consultation_Document.pdf.