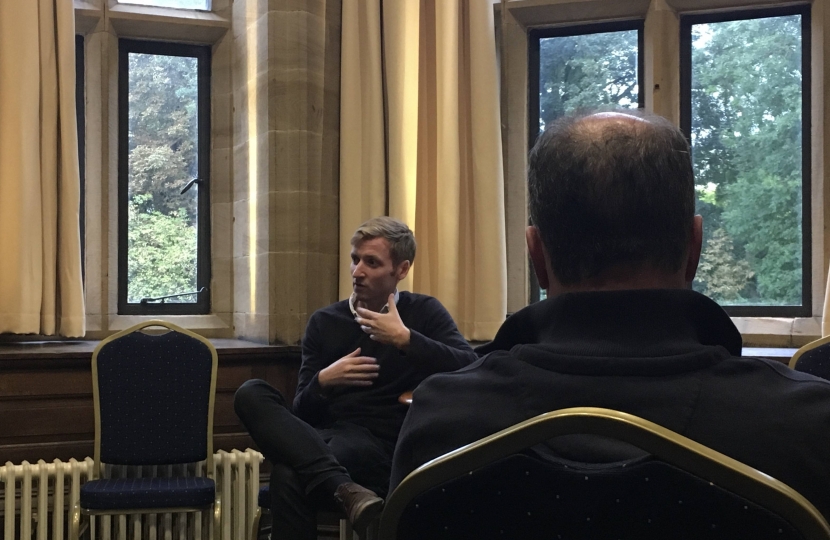 North East Derbyshire MP Lee Rowley continued his programme of open forums across the constituency tonight with a resident meeting in Staveley for everyone living in the part of the town in the constituency.

Held at the recent refurbished Staveley Hall, Lee and local residents discussed both local and national issues including fracking, housing developments, transport and economic generation.  There was also a particular focus on fracking due to the proposals at Marsh Lane just a few miles up the road.

"Thanks again to everyone who is taking the time to come to these open meetings", said Lee.  "As a new MP, it is really important that I get out and about to listen to what local residents would like me to focus on in my role.  The meeting tonight was really useful to hear about the concerns of Staveley and I'll be taking up some specific points raised in the meeting to see what can be done."