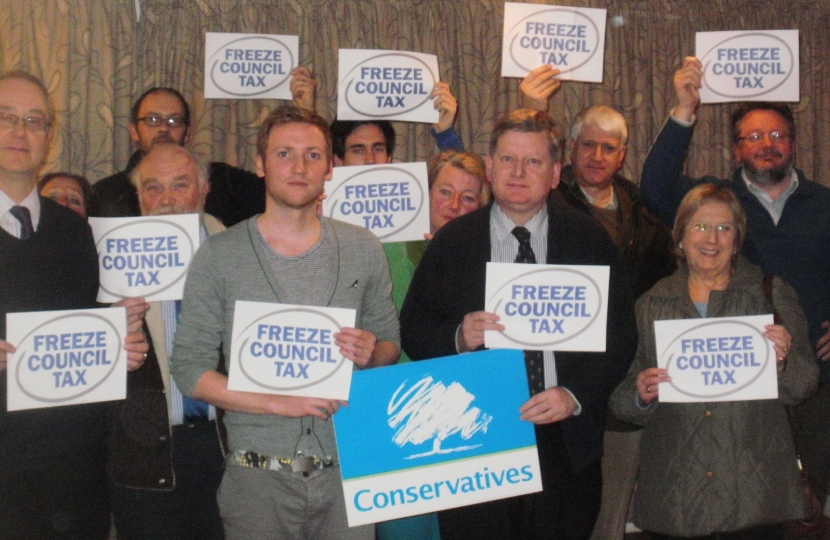 Lee Rowley and North East Derbyshire Conservatives have launched a campaign to freeze Council Tax during the upcoming 2014 / 2015 year.

"Hundreds and hundreds of local residents have told me over the past few months that they don't want to see any Council Tax rises in the next financial year," said Lee.  "So we are launching today our 'Freeze Council Tax' campaign - keep it frozen and help local residents in these tough times."

Council tax is levied as one charge on local residents but is made up of a number of different pieces.  The majority of Council Tax is taken up by the County Council, with other shares being levied by the Derbyshire Police Authority, the Fire & Rescue Authority and, if an area is parished, by the local Town or Parish Council.

"This is a challenge to all bodies in North East Derbyshire - paticularly the County, District, Police and Fire Authorities - to not raise council tax.  Irrespective of who runs each body, each organisation should commit to freezing their share of Council Tax this coming year."