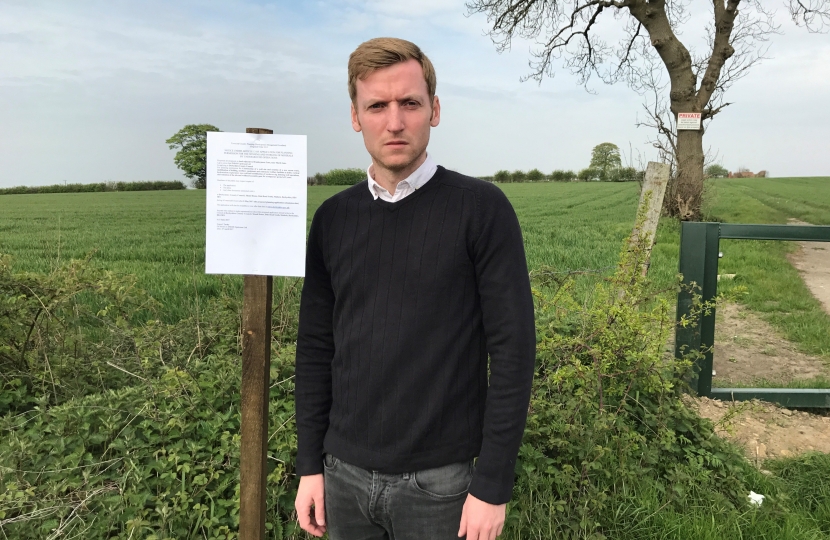 As local residents' concerns rise in advance of the expected Ineos submission for exploratory drilling near Marsh Lane, Lee Rowley has written to all residents near the site this weekend to set out his position on the upcoming application.

"I understand we are just days away from a formal planning application potentially being made by Ineos," commented Lee.  "Residents have a right to know what their potential future elected representatives believe on fracking and so I have written to all residents today close to the affected area to set out my position - that this is the wrong application, in the wrong place and at the wrong time.  If elected, I would work with local residents to oppose this application."

"Our volunteers have been out in the last few hours delivering the leaflets to as many houses as we can.  The application near Bramleymoor Lane is not a political issue - it's simply one of common sense.  I don't agree with the fracking application and I will seek to support local residents to oppose it if elected."