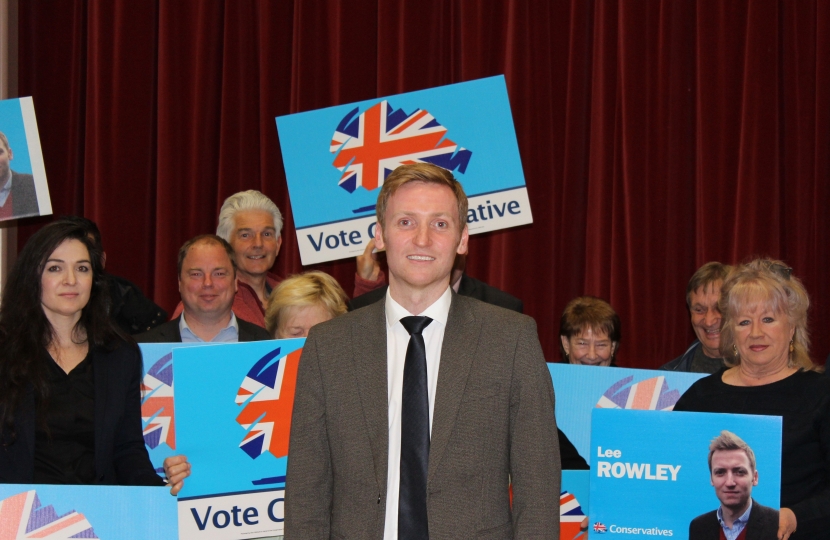 At a packed meeting tonight in Dronfield, local residents selected Lee Rowley as the Conservative parliamentary candidate for the knife-seat seat of North East Derbyshire on 8th June.

With just weeks to go until a General Election which could give Theresa May a clear mandate for Brexit, Lee has been chosen to stand for our area for the second time and take the fight to a Labour Party which no longer represents the values of North East Derbyshire.

“I’m delighted and hugely honoured to be selected as the Conservative prospective MP for our area in a few weeks time,” said Lee.  “We have a clear choice on 8th June in North East Derbyshire: a fresh start and a new Member of Parliament or allowing Jeremy Corbyn’s Labour Party another seat in Westminster.  It’s time for change in North East Derbyshire.”

Lee has already been out meeting local residents in the last few days and looks forward to speaking with as many local people as he can over the next six weeks.  “If there is anything we can do over the next few weeks, please do get in touch,” said Lee.  “With your support, we can make a fresh start in North East Derbyshire and ensure we send a clear message to Westminster that our area supports Theresa May’s plan for Brexit.”