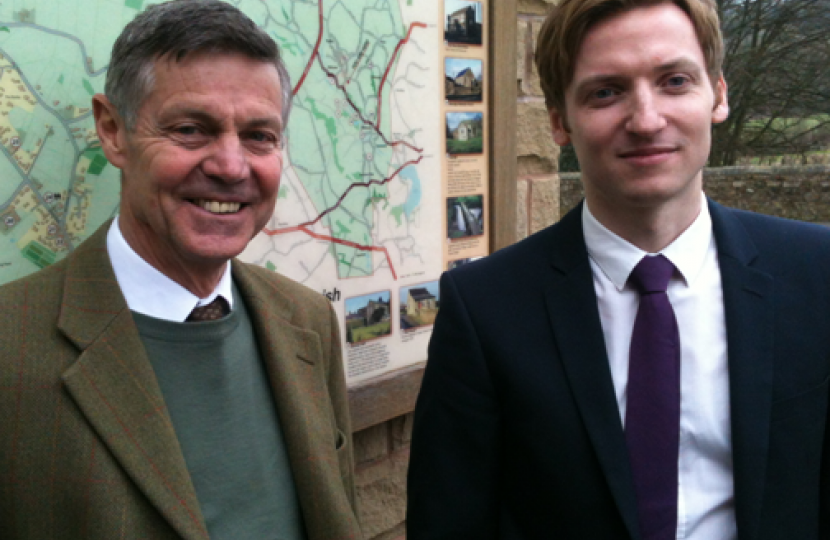 At a packed open primary meeting in Ashover Parish Hall on Sunday morning, local electors from across the North East Derbyshire constituency selected Chesterfield-born Lee Rowley to be the Conservative candidate to fight the next general election in 2015.

Lee (32) comes from a family who have lived in North Derbyshire for 300 years and will now battle to win this highly constituency - a seat which both the Conservatives and Labour need to win in order to form the next government.

At the meeting interviews were chaired by high-profile, award-winning columnist for The Times, Matthew Parris and candidates were grilled by Matthew and local residents on a range of subjects including the economy, protecting our countryside, immigration and the UK's relationship with Europe.

Lee was born in the old Scarsdale Hospital and is the son of a former milkman and teacher who live near Eastwood Park in Hasland.  Both of his grandfathers were miners, including one who worked in Westhorpe Colliery, Killamarsh.  He currently works as a manager for a large European company.

Commenting on his selection, Lee said: "I am immensely proud to have the opportunity to stand up for local residents as the next prospective MP for North East Derbyshire.  It is all the more special because North Derbyshire is the place I was born and where my family have lived for generations."

"North East Derbyshire is now one of the most marginal seats in the country and the chances are that the party that wins here will be the one that forms the next government.  I want to go to Westminster to fight for a fair deal for local residents as well as for policies to deal with the deficit, cut taxes and make sure the British people have the final say on British laws."

Lee is already getting stuck into meeting residents across the constituency.  "I look forward to meeting as many residents as possible over the coming months!," he said.