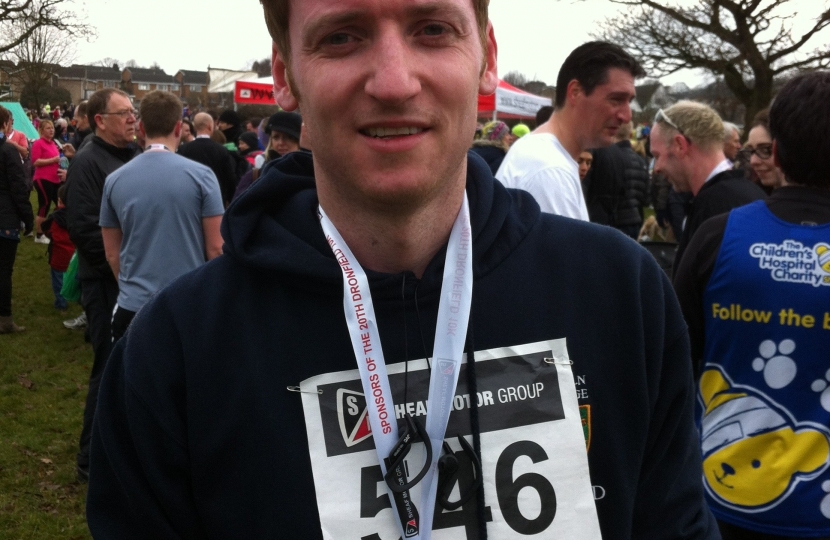 Taking in much of Dronfield Woodhouse and Gosforth Valley, the annual 10k and fun runs are held to raise funds for the organisers, the 7th Dronfield Scout Group, along with a donation also being made to the Town Mayor's charity.

Lee managed to complete the 10k in just under 50 minutes and, like everyone else who completed the course, got a celebratory medal from the Mayor of Dronfield, Cllr Sue Allsop.

"It was fantastic to take part in such one of Dronfield's most popular community events," said Lee after the race.  "Although it was a bit of a struggle at points, I'm glad I managed to complete my first 10k!  Thanks to Dronfield Scouts and all of the helpers who put on such a great day."

The run was a real community event, with many of the town's residents turning out to take part, watch or marshall including some of the other Dronfield Conservative team.  Cllr Roger Hall also completed the 10k with Cllr Angelique Foster and Cllr John Allsop helping.