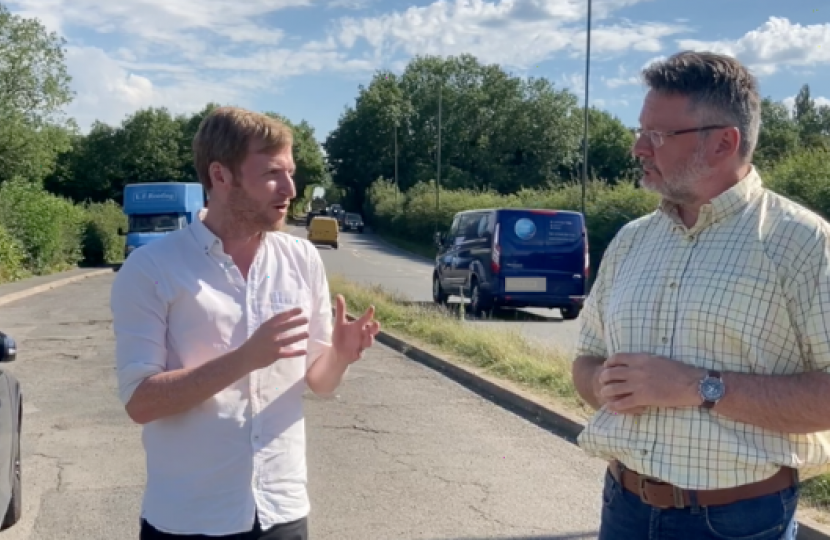 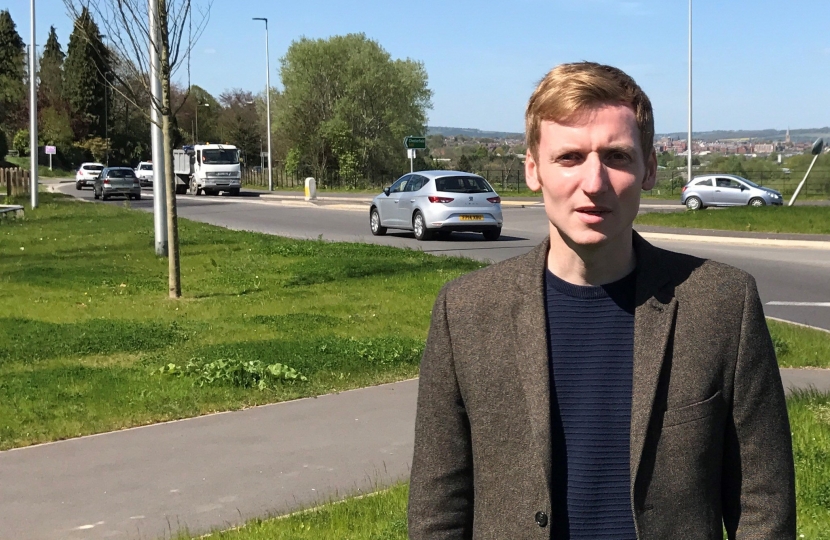 Chesterfield, like lots of towns across the country, has issues with traffic and congestion.  Everyone knows that the Derby Road has huge problems with congestion and traffic, particularly at peak times or when the M1 is busy.  The main road through Clay Cross and into Chesterfield from the south of the constituency is now massively busy, over-congested and a burden on people and businesses getting around their daily business in our area.  On the other side of town, we've been waiting for a by-pass from Brimington to Staveley for nearly a century.

Of course none of this is new.  When I was growing up in Chesterfield twenty years ago the Derby Road was busy and often difficult to get up and down.  More recently, this has got even worse - estimates from the Department for Transport suggest traffic has grown by around ten percent in the last few years.  A long time ago, there was talk of a spur off to the motorway or even a dual carriageway down from the Horns Bridge roundabout to try to improve the situation.  None of these solutions have gotten very far.  Some small changes are currently being made, including the creation of new roundabouts to get on and off the Derby Road but the key issue - too much traffic and not enough road space remains as bad, if not worse, than it always was.

In the north of the town, the entrance to the future by-pass has been present for years next to Sainsburys and, if successful, could see thousands of jobs and new houses being unlocked to regenerate Staveley.  At the moment, however, traffic has to wind through Brimington to get out to the east of the town.

On the Staveley by-pass, I've raised the issue in Parliament, taken Ministers to the site and met with Ministers to go through the detail.  And, in March of this year, our efforts paid off when the Chancellor awarded funding for the development of the next stage of the by-pass.  We haven't yet won the funding to build it but, instead, to develop the detailed proposal, to put in the planning application and to be ready to go if the Government gives us the full funds.  This is a huge step forward and the first real movement in many years.  We are now in an 18 month + process of doing the detailed design and I am catching up with Derbyshire County Council on a regular basis to find out progress.  All residents will get the opportunity in the coming months to comment and get involved via the planning application which will be submitted.

On the Derby Road, I brought the Secretary of State for Transport to Chesterfield twice so he could see the problems for himself.  I have also raised the matter in Parliament and have met with Ministers on numerous occasions to highlight the issue and the need for improvements.  In 2019, I also launched a south of Chesterfield transport survey in 2019 which received over 1,000 responses detailing all of the issues that residents have and their ideas on how to improve the road.  In November 2019, in response to the work we've been doing, Derbyshire County Council announced a £200,000 traffic survey to get to the bottom of the issues on Derby Road and to give us the evidence base to formulate options for investment.  This study is expected to report in late 2020 / early 2021 and then will allow us to make the case to Ministers for further focus.

There is no magic bullet to solving Derby Road or for the Staveley by-pass.  What we have missed, however, in recent years is a proper conversation about how we can improve the situation - and this is something I'm determined to change.  Nothing will be easy, and it is likely to require hard choices from the community, but if we want to try to improve the situation in the next ten years, then we need to start talking about it now.